5 Steps to Being Creative in a Smart Way 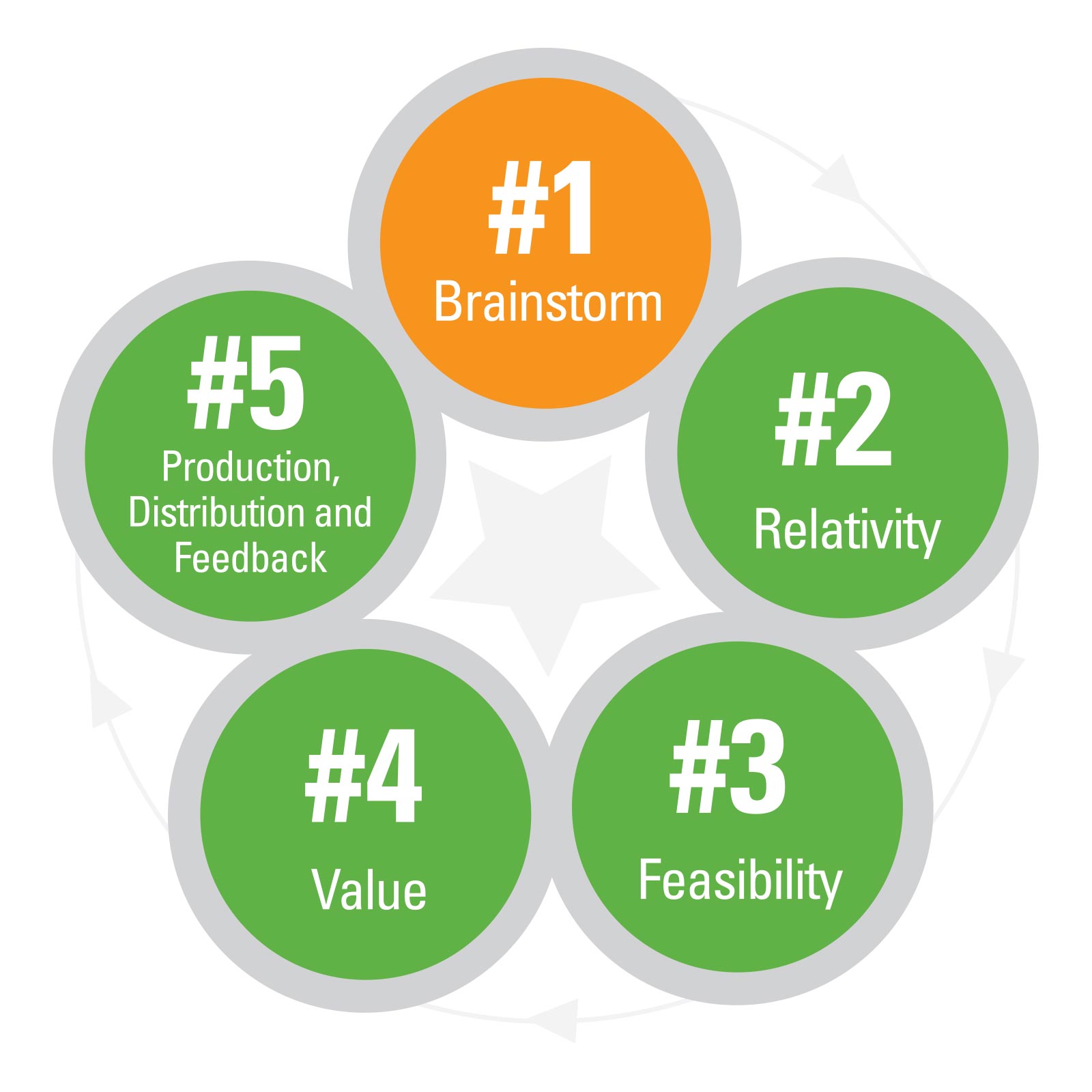 Nearly all great ideas follow a similar creative process and this article explains how this process works. Most problems you face, whether in your personal or professional life, can be solved with an innovative solution. This makes understanding the process of creativity your new best friend.

Anyone can learn to be creative by using five simple steps. That’s not to say being creative is easy. Uncovering your creative genius requires courage and lots of practice. However, this five-step approach should help clarify the creative process and illuminate the path to more innovative thinking.

Here are 5 steps to follow when sparking up your next big idea:

Your brain has no limit. During this stage of the creative process, let your mind wonder to unfamiliar, and even terrifying places. The brainstorming process should have little to no filters, giving you the freedom you need to come up with something creative, and maybe even a little bit crazy.

There’s no commitment when it comes to brainstorming. That’s the beauty of it! Think of an idea, write it down and we’ll deal with reality later on.

Once you’ve got your brainstorm list, now’s the time review. This first evaluation will eliminate all ideas that fail to be relative. If your audience isn’t receptive towards the idea, it’s time to chuck it in the trash. You should never underestimate the importance of making our ideas relative to others. Being creative is great, but you also have to stay on track if you want the final idea to work.

Is the idea relative or not? It’s that simple. No need to stress about practicality just yet.

This step helps bring you back to earth. It’s now time to take your new list of relative ideas and ask yourself if they’re possible to construct. This is also the time to determine which ideas are cost effective and appropriate to produce over time. It’s incredibly important to consider these aspects before moving forward with any idea.

Being realistic doesn’t mean leaving behind creativity. It’s being creative in a smart way.

You’ve got a creative idea that’s both relative and feasible… Now what? In order to understand the value of an idea, you have to predict the future ROI of it. Ideas are a way to bring your goal, vision or strategy to life. In the end, if it’s not going to give you the return you desire, it’s better to move on rather than moving forward.

If you want to find success, understanding value is key.

Now that you’ve made it to the final step, it seems like your idea is ready to go, right? Wrong. The last thing you have to do before moving forward is review it from a production standpoint. Often times creative ideas are easy to come by, but hard to produce. It’s your job to make sure your idea is ready for production by evaluating its potential success and making changes if necessary.

There’s nothing wrong with a little alteration! Do what you have to do to make your idea a reality.

It’s not as simple as it sounds, but if you truly follow these 5 steps when it comes to being creative, you’ll find more success than you’ve ever imagined. Take a minute, review the steps and start creating! And if you need any help… give Dazium a call at 816-842-0001 or email us at [email protected].